OK, so from time to time I get curious.

OK, so from time to time I get curious. And even though Bob (unicorns hate people names: I call him that to piss him off) and I have been having a great time frolicking around the great forest (more on that later), I decided it couldn’t hurt to check out what she is doing with Faerie. I mean, Faerie is my home too, even if I am a dark elf. So I glamoured myself to look a little more like those happy little light elves of happiness, and I landed in the remembrance garden at Awenia—I figured that was one place she wouldn’t change much, and I was right.

I’d barely landed before I was surrounded by black feathers, and this raven just landed on my shoulder and stayed there. I’m thinking of naming him “Go the fuck away”, since that’s the sentence I seem to say to him most. He hasn’t left yet. As I type, he and Bob are grousing over dinner and whether or not it’s acceptable for GTFA (I like the sound of that) to pluck out bits of Bob’s mane in order to line some nest or other, which they’re probably building together in the deserted little cave we’re calling home now, at least until she decides the forest needs to turn into something else. It’s summer; she’s at the height of her power, so gods know what she is planning here in the forest.

The view, however, was very different.

The view, however, was very different. OK, so there’s a lot of empty space: I guess she’s not quite finished. But this town bit, that looks like it might end up being a fun place to hang out, at least when the crowds get so big I can get lost in them. I suppose I could contact Wulfrich and see about working guard in Awenia again, even though we haven’t spoken in yonks. Looking back at the remembrance garden

Here we are looking back at the remembrance garden. I have to say I love this drone I got for working my last job: it was a magical tech company in Nu Jyorck and they manufacture these amazing drones that fly around behind you. They’re completely silent because they’re powered by magic and not batteries, and they don’t make that annoying wind that so many of them do, again, because they’re powered by magic and not batteries, and they don’t need any moving parts to fly. Anyway, that’s how I took this picture; GTFA (it’s pronounced “Gitfa”) and I are just looking back at the garden. I’m wondering what kind of crap she’s going to put in here now that she’s moved the earth all around to create that windy hill path up to the garden. Of course, gardening isn’t my strong point, but I’ll be interested to see what she puts here. I mean, not that I’m interested. But I did sneak into one of her offices once and photoscan the plans for Awenia, so I do kind of know what she’s up to.

It looks pretty good down here!

And, frankly, it looks pretty good down here. This big dancing/eating/whatever square is going to be a big hit with the tourists: they can lurk around the edges of Scary Faery Town and still tell their friends what an adventure they had. Of course, if they’re planning on staying here for more than one day, they’re SOL: there are two inns in town and they’re both right in the town centre. Maybe she’ll put something further out on the edge for the squeamish; I’ve got no clue as there weren’t any actual drawn plans with the stuff I … acquired. There were just notes and bits and bobs about what to tell this or that minister when they started asking questions. She’s got her husband doing all the paperwork, of course: that guy may actually be too nice for her. Not that he’d look twice at someone like me: I mean, look who he married. Miss Tall Bright and Seelie. Forget that short, dark bitch with the potty mouth and the extra long ears. Yeah. I’m a real winner with the menfolk: that’s why I get my own unicorn companion, folks.

Anyway, it was nearly full dark when GTFA and I made it down to the town (that was a lot of walking!) so I decided to come back for a longer tour of the town/village/whatever sometime when it was more light. I mean, obviously I  can see in the dark, but the iPhone is still pretty shite when it comes to imaging at night, and the drone’s not much better for all the magical extras it’s got.

Besides, GTFA suddenly started cawing his fucking head off like something was coming to get us both. So I headed back to the forest, which is where I am now, and I’m writing all this shit on my phone because it’s not like she thought to put in an electrical outlet for my MacBook Pro, is it? Luckily, my battery is powered by magic and gets an extra charge from the sun this time of year, so the phone isn’t about to die any time soon. For once, as I looked across the water, I missed the too-bright shores of White Owl Island. At least I could have charged the damn notebook there.

Hm. You know what I noticed? I noticed that Faewatch has an office on the other side of town. It’s closed at the moment; I’m guessing she ran everyone out of Awenia except her little minions when she started revamping the place. I’ll bet Cherish Gelato would love to get her hands on these photos…. and others I’ll take, when I come back tomorrow. 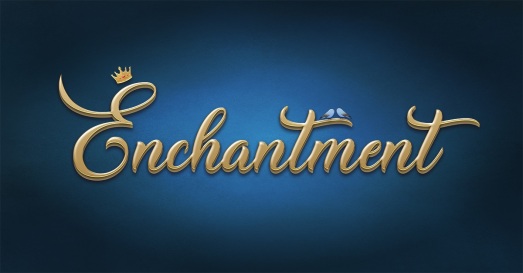