You don’t know me, but you’re about to. My name is Angharad Eleri, and I am just over 100 years old. That makes me, in my conservative Cymric parents’ opinion, old enough to strike out into the world. Really, in this day and age, most Sidhe parents allow their children to grow up in about the same timeline as mortals do, because our long lifespans allow us to accomplish so much, and because so many of the mortals that we must spend time with have such short lives in comparison. But I was born in 1908, and things were different then. In my introspective moments, I sometimes think about friends of mine, members of Clan Eleri who were born so much later than I. They already experience the wider world as adults, while I’ve had to sit at home and learn old-fashioned Sidhecraft and tell stories to another generation of younglings who all fly the nest before me. 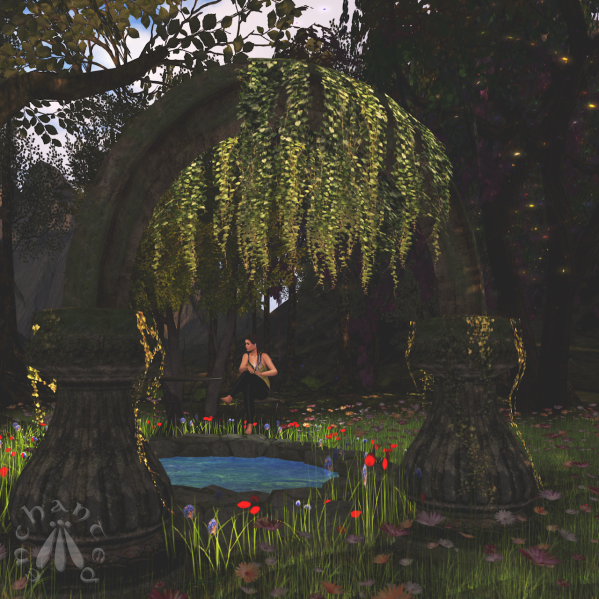 So now, eight years after I came of ages according to my parents, here I sit, in a relaxing garden, a few days before my internship will begin. And I’m glad I waited. The decision reached by the Global Ministry for Supernatural Affairs, or whatever it’s called, means I can live in a place where I can walk among humans but still have a more-or-less Fae environment. When word went out that Queen Gwyneth was opening the first Fae realm to be accessible for mortals and other beings, I jumped at a chance she didn’t even offer; I sent her a message asking if she needed a hospitality intern. I always knew I wanted to travel, and going in to travel, tourism, and hospitality just seemed like a logical choice. 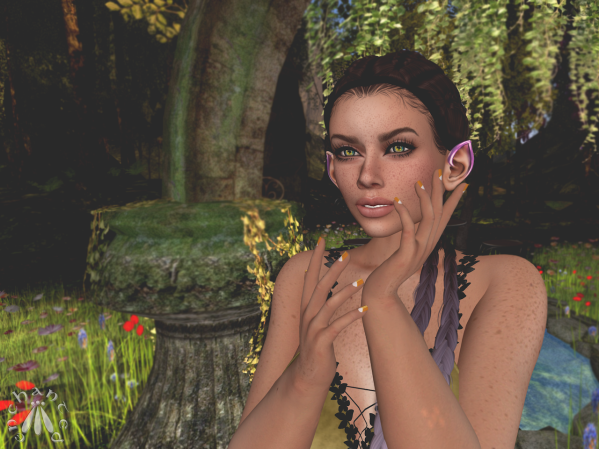 Now I’m just getting used to the environment. It’s a full season before I start, but as it’s my first “real” job, I wanted to get the lay of the land. The thing is, Awenia is very far from anywhere else, and the Realm is constantly in flux. It looks a lot like Her Majesty just can’t decide what she wants it to be. Now, there are rumours that Faery may completely reshape itself to be more accessible to tourists. It seems pretty accessible to me, but what do I know? 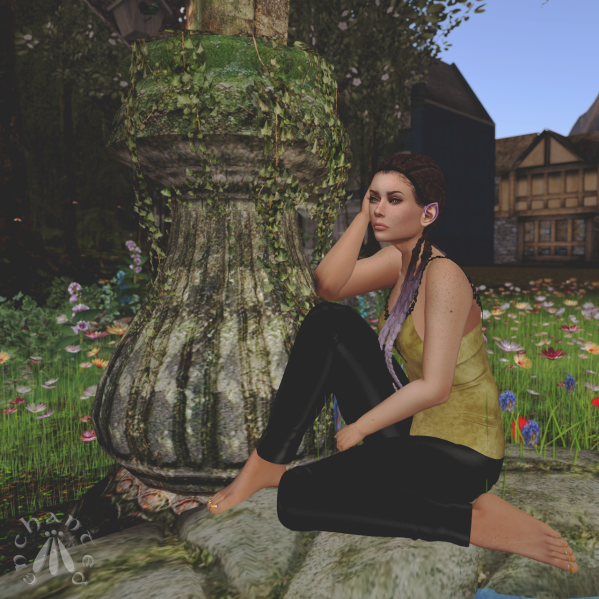 A new discovery every day

Today, I discovered this beautiful little pool. I think it was some kind of ruin last time I came here. Anyway, it has a lovely old arch, and there are trees and tables and benches all around. The perfect place for a late summer afternoon thinking session. I wonder what my actual duties will be. I’d love to be greeting visitors and giving tours of the Realm, but I’m sure there will be some administrative bits and pieces as well. I know Queen Gwyneth wants there to be different kinds of experience tourists can have, like a midnight excursion into Unseelie Lands for those who like to be scared a bit. Maybe she’d let me come up with a few of those ideas on my own. I don’t know how much of a control freak she is: a lot of Fae royalty are really my way or the highway types. Don’t you love that expression? I learned it when I was attending university in the fifties. It’s probably a really old expression that kids don’t say any more. I’ll have to learn all the latest slang so I don’t sound stupid with youth groups. There’s so much I’ll have to do. 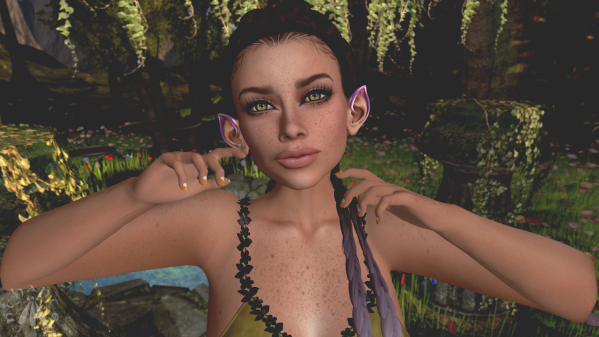 But now, the light is starting to turn golden, so I’m going to go down the pub and see if I can get to know some more of the local beings who are helping to put the Realm together and make the administrative stuff work in the end.

I don’t want to say that my favourite part about this is being so far away from my family…. but it kind of is. Realm-hopping is very difficult for most Fae; we can’t all bounce around from Realm to Realm like Her Majesty and her Consort and the other beings rumoured to be in Awenia’s upper echelons. Maybe I’ll learn how if I spend more time with the Queen. I wonder if I’ll get to spend any time with her at all: she’s quite famous, even though parageographically, Awenia is sort of on the edge of nowhere.

But I am digressing now. It’s time to go off to the pub.

Angharad originally started life as a photographic avatar, years ago when I was participating in the Create Your Own Tarot events, and I called her “Teenage Waste Princess” because coming up with a name for her just seemed like more effort than I wanted to expend. She also played TAC’s roommate in the History of TAC posts. I found out that “Angharad” as a name means “without shame”, so I thought it was a great name for someone shameless. Angharad will be a permanent NPC in Awenia. I hope you’ll get to know her much better over the weeks to come. 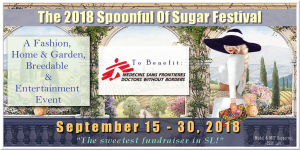 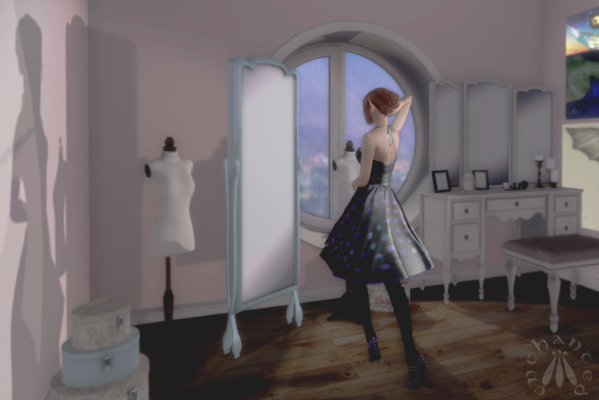 It’s almost time! Time to get ready for two weeks of fashion shows, parties, and cool events, not to mention shopping! I’m all excited about the Spoonful of Sugar Festival, and I’ve roped Bran into coming with me to take some photographs. So this is the first of about twenty amazing dresses I have to fit and accessorise before the fact. It’s the excitement of putting a perfect look together that makes me anticipate an event like this so much. I admit, I’m often interested in these things for the shopping alone, but there’s so much more to an event like SoS. But how does it move?

But how does it move? That’s another consideration. This dress really knows how to move. I want to take it dancing. Of course, I’m nothing without a good dressing room!

Of course, I’m nothing without a good dressing room! This is one of two dressing rooms in the Castle, technically for guests, but I love the privacy of it, so when we don’t have guests, I am spending a lot of time in it these days. The room is very bright and airy, and the furniture complements it beautifully. Now, anybody who knows me knows that I have a lot of vanities, most of which are stashed in a pocket dimension, because it’s more efficient to keep stuff there than just pile it in a random room, right? All right: I think this outfit is ready. Even the simplest things sometimes take me a while: my friends and subjects know that when I say, “Just let me get dressed,” they might be looking at a long wait. My adopted stepdaughter, Wren, is fond of just responding to that with, “And then, three days later….” She’s a hoot.

The Spoonful of Sugar Festival starts on the 15th of September. That’s only five days away! So much to do; so much to prepare! 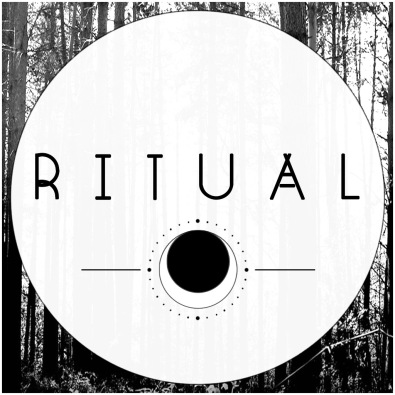