Look, I know I talk a lot about hating my job. And maybe it’s true, or maybe it’s not, or maybe I wouldn’t know what to do with myself if I weren’t the Queen.

But the bottom line is, when I write here, I’m not going to tell you about the day-to-day operation of My Kingdom. You know why? Because it’s boring as fuck. Not that fucking is boring. But you know what I mean. Right?

I like to be a tourist. I like to go to cool places. Sometimes I am going on an errand for myself, and sometimes, I’m just going someplace different, in disguise, where nobody knows me, looking around at the scenery, and taking selfies. I am, after all, a woman of my time.

So today, I got all dressed up in my favourite new gown, and I went exploring.

So today, I got all dressed up in my favourite new gown, and I went exploring. I discovered this amazing place called Saer’s Secret Garden. It was, I won’t lie to you, a lot like the lighter side of Faerie, which I’m not seeing all that much these days, and to tell you the truth, I was a bit overwhelmed by the sheer lightness of it all. I mean, seriously. Gorgeous pink mushrooms everywhere, grazing unicorns—this place had it all!

And nobody, nobody, could argue with this gown.

And nobody, nobody, could argue with this gown. It’s from Silvan Moon Designs, and I got it at that wonderful faire that comes around every so often, the Fantasy Gacha Carnival. It’s so much fun to play the games and hope you win the best thing ever, and (at least for now), I think this gown is the best thing ever. Silvan Moon always gives their gowns amazing names: this one is called Evangeline Windlace. I even love the little hat, and let me tell you, I’m not the biggest hat wearer in Faerie. But of course I was incognito today, so no crown! Which meant I had room for a hat! Not that I’m a fashionista or anything, but even I can tell you: you just don’t wear a crown and a hat at the same time! I got the necklace at the same place; it’s by Aisling, who’ve outdone themselves with a beautiful set of jewels called Tashania.

But hey! Enough about me: let’s explore the Secret Garden.

But hey! Enough about me: let’s explore the Secret Garden.

Everywhere I turned, there were new things to discover. Here, I found the most amazing twisty roses ever; they were sort of a cross between roses and candles, and their thorny stems were so dark and twisty. I just wanted to reach out and do a little blood magic… but then I remembered I was in Happy Shiny Light Faerie world (which just made me smirk, honestly), and I refrained. I really wanted to get to know those thorns, though.

Up ahead, through a blur of leaves and beneath an arch of trees, tiny frog fae danced.

Up ahead, through a blur of leaves and beneath an arch of trees, tiny frog fae danced. And this butterfly, so much bigger than you’d imagine—bigger than my head!—just hovered there, as if she/he (Are there girl butterflies and boy butterflies? I should know that.) were as entranced by the glowing dancers as I was. All the paths were scattered with light, like this one.

It was odd, in a place that seemed timeless, to discover a sundial.

It was odd, in a place that seemed timeless, to discover a sundial. Of course, when I looked at the way light and shadow acted (or rather, didn’t act) in the place, I realised it was permanently set at one in the afternoon. Which made me think of the clocks striking thirteen. Which seemed even more out of place than the sundial itself. But I digress.

Sometimes, I think a Faerie has to visit other places. And I know I do a lot of that, but see above where I revealed how incredibly boring being Queen is, unless you’re into intrigue and every little scandal. Which I’m not. No, really; I’m not. Stop laughing.

Toward the end of my visit, I was so captivated by the place that I forgot to take a lot more photographs. And of course they’ll deteriorate quickly in the Wylds: that’s why I have to pop over to someplace like Nu Jyorck or White Owl to post these blog entries: none of my photographs would ever survive if I just printed them and tried to take them back to my own Realm, which has been over blessed by the Anti-Technology Goddess, who shall remain nameless, but whose initials might be Faermorn Violet….

What a universe. What a multiverse. So many wondrous things to see.

What a universe. What a multiverse. So many wondrous things to see. I think our worlds are so small, when you get right down to it. But when you consider all the worlds, all the spirits, all the dancing, wise lights that make up the stars of our universe and light the paths to every separate realm, well. Then, you have more wonder than can be contained in a single place. More miracles than can occur on one plane. Maybe that’s why we have so many.

Spiffy photos taken with the indispensible aid of my LumiPro. I never use Gwyneth as a vehicle for SL tourism without it! 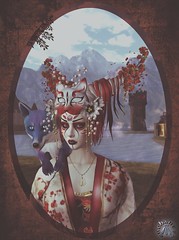 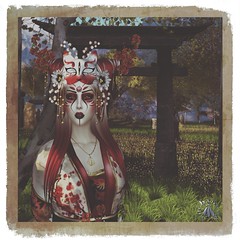 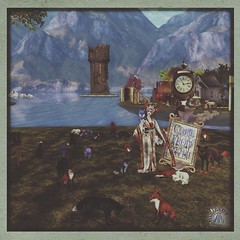 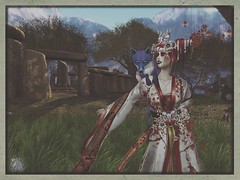