I won’t lie to you: J’doube is madness. After eight years of working Faire Security (because, let’s face it, the so-called “Pawlice” are really for punters to have a laugh about, and someone has to do the heavy lifting), I have never seen a Realm like J’doube. So when they sent a few of us seasoned enforcers in to sweep the region before a couple of satellite parties, we were expressly told that whilst the surrounding shopping boardwalk seemed to be relatively safe, no-one was sure about the areas off the built-up path.

Personally, I found it surprising initially that the Realm’s application for Faire admission had been approved at all. If we measure Realms on the McGuire* Scale (and who doesn’t?), J’doube looks like a never-ending struggle between Logic and Nonsense. What’s more logical than chess? My father was a Chess Master, the highest ranked player in Lewisham for some time, and he would say, ‘there’s nothing more logical than chess, but chess players are a different matter’. I, The Amazing Catwoman, learned to play chess from my father, and I was a pretty good chess player, for a ten year old. In fact, I’m still a pretty good chess player. For a ten year old. This may be because my dad left my mum to move in with his equally chess-obsessed girlfriend, Marisol, in Tenerife. After which he became equally surfing obsessed, which I guess makes sense, at least given his favourite personal thought about chess as noted above.

There’s nothing more logical than chess, but chess players are a different matter.

The Amazing Catwoman’s Dad, sometime in 2009

Besides, there’s no more disputatious word in chess than ‘J’doube’. Hang on to your knights: I’m going to svartsplain this to you. In a chess tournament, and even in some casual games if it’s agreed upon, you have something called the touch-move rule. That means that if a player touches a piece, she must move it. Unless, of course, she is only adjusting the piece, in which case she is allowed to say ‘J’doube’, which is French for ‘I’m adjusting this’, before she touches the piece. Fights have broken out over this rule. Matches have been won or lost because of it. Because the touch-move rule has to be enforced before the opposing player makes a move, it all takes place in a moment. And unless you’re right up close to the board, like one of the players, it’s potentially impossible to tell whether the player said ‘J’doube’ before touching the piece, while her hand was on the piece, or even slightly after touching the piece. Particularly if the the projected move was a mistake or led her into a trap, she might have realised it was a trap at the last second and then hurriedly said ‘J’doube’ in order to correct her mistake. And this, my darlings, not the legacy of Bobby Fischer, is why they don’t allow knives into chess tournaments.

The Amazing Catwoman’s dad, after a few pints

Sorry about that tangent; it might mean nothing. The first thing to know, when you’re exploring an unfamiliar Faire Realm to gauge its safety level for punters, is that these are pocket universes. Each comes with its own internal set of rules, a rich history, and within it there dwell beings, or sometimes only the echoes of beings, who have a rich history and tradition. So, when you can search them out (and they don’t look like little Murderbots), the local inhabitants are the best place to start. Remember, you’re in their world and so what they say is truth as they see it, and you’re the tourist asking for the bus station in a place where there are no buses and in fact the concept of a bus (yes, even a Love Shack Bus) has never been thought of and will not exist until suddenly there’s a Fallen God driving a packed vehicle full of screaming aliens through the world. Most of the time, the local inhabitants realise they are part of a Fairelands Realm, and they’ll be welcoming or at least attempt to help you if they can figure out what you want.

I get along with demifae as a rule, and the place seemed to be populated mostly with them. So I dropped down onto one knee and greeted the first one who waved to me.

‘Well met, little sister’, I said. ‘I am a Protector for the Great Faire’.

‘I hope the tourists are being kind to you’? I was trying to keep my language simple.

Her brows knotted together, which I took as a sign she didn’t understand.

‘Are the people nice so far’?

Another feverish nod. Then, she lifted both arms up to the sky as if gesturing. Lifted arms is also in some cultures a sign of worship or praise. Her expression, like many demifae, was difficult to read. There’s a sharpness to demifae features that leads most other beings in the humanoid family to think they’re making a joke, possibly a cruel one, all the time. And in the case of some of the most famous demifae, of course, this has often been the case. What did she mean, I wondered? She chittered, then let go a long call in a tone higher than human ears would have registered. I expected dogs, if there were any here, to come running.

‘Wow, that’s skull-killing! What are you doing, little sister’?

She just kept gesturing and chittering. As if she were speaking to someone. I looked at her arms again. Or directing them.

‘Great clods of sparkly unicorn dung, is that how you creatures move these huge chess pieces around’? I stepped out of the way, quick. Attached by a chain to some kind of fae moth, which must be able to lift approximately two hundred and fifty thousand times its own weight (by my reckoning), was a white pawn. And sitting on the pawn’s … head? Are they called “heads”? Dad would have mine for forgetting those details. Anyway, driving and controlling the whole rig was another demifae, who watched “my” demifae’s hand motions closely.

The demifae on the ground was directing the one guiding the moth. My powers of reason are astonishing, I tell you. Honestly, it only took a few fractions of a second to come to this conclusion, but in one of those cinematic moments where time seems to slow whilst you work something out, the whole idea spread out in front of me, like… well, like a chess board. Without the board part, you understand: although chessboards figured everywhere else in the Realm of J’adoube, there was no discernible playing surface on the swampy ground.

Elsewhere, I noticed, other demifae were also attempting to move chess pieces, with varying degrees of success. On a scale of sublime to ridiculous, J’doube is moving ahead at Warp Factor We Just Made It Up, Captain. Oh-kay. I wasn’t hired to sweep the Realm for mental health threats, but I’ll make a note in my report that I’m advising anyone granted a pass to go off the path have a psych evaluation, or at least a bit of Reiki, before and after their outing.

As for physical threats, I wasn’t finding any. I did have a moment of uncertainty when I passed one of the small marshes and heard a noise.

It turned out to be another chittering demifae, and I’m afraid I scared this one half out of its wits—and let’s face it, that’s a pretty small brain, so a half-witted demifae, even a temporarily half-witted one, is downright dangerous, given the glamouring and magical powers these little beings have. I should have done better. I resheathed the decorative looking but very sharp Fairelands issue Protectorate sword (this one’s specially made by Vae Darkheart of Petrichor, and her workmanship is top-notch), then resolved to just map out what I could and report my findings back to my contact in the Guard.

Some of the larger pieces have lounges built into their bases, but these I determined safe since there were ways to get to them that did not take tourists off the path overmuch. The rest of the place, however, seemed to be in a constant state of, well, adjustment. I will add a note to my report that if the Faire can afford it, we should get a team of surveyors out here to measure how much and at what rate pieces are moving over days. And also, I’ve never met a demifae chess player: is there some greater force overseeing the Realm that we should know about? Maybe the Faire itself already knows who’s pulling these strings, but it’s best not to leave anything to chance. I laugh at myself for even thinking that, given the logic to nonsense ratio I’m assessing here.

While the Fairelands Realm of J'doube is unsettling, I have not during my assessment noted any risk of life and limb to Fairelanders who choose to venture off its well-marked shopping paths. However, given the dichotomy between Logic and Nonsense here, I advise that Fairelanders with off-path passes undergo a psychological assessment before passes are issued and that a second screening is advised shortly post-departure. As chess pieces seem to be constantly moving around and in an ongoing state of flux (see my explanation of the chess term "J'doube" in the notes), I also recommend the Realm be surveyed daily in order to determine whether the movement of the pieces themselves constitutes a significant risk to Faire tourists. Report filed by The Amazing Catwoman, this sixth day of the Great Faire

*The McGuire Scale refers to Seanan McGuires Compass for evaluating magical worlds as laid out in her Wayward Children books. You can learn more about the Compass, and the books (if you haven’t read them, you probably want to!) here.

The stunning and unsettling Region of J’doube comes from the creative genius mind of Sharni Azalee of The Looking Glass. Her worlds are detailed, evocative, and inspiring, and this one is no exception. Visit J’doube in Second Life.

TAC’s amazing skin was created by Lumae and released just days ago at Fantasy Faire. You can this, the Amesha Ink (freckled) and the other two skins Lumae has created for Fantasy Faire at the Lumae Faire Store in The Amethyst Rift.

TAC’s beautiful dress, armour, boots, and sword are also new at the Faire from Petrichor. As always, Vae has created an outfit that comes in multiple colours with uncountable (for me anyway!) numbers of combinations and unique looks. Dress, armour, boots, sword, and satchel are all sold separately at the Petrichor Faire Store in The Cerulean Bombora. 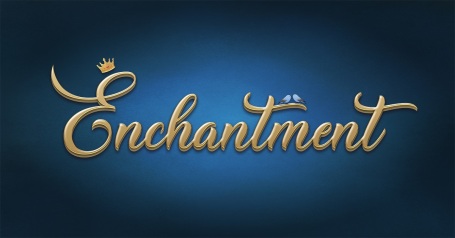 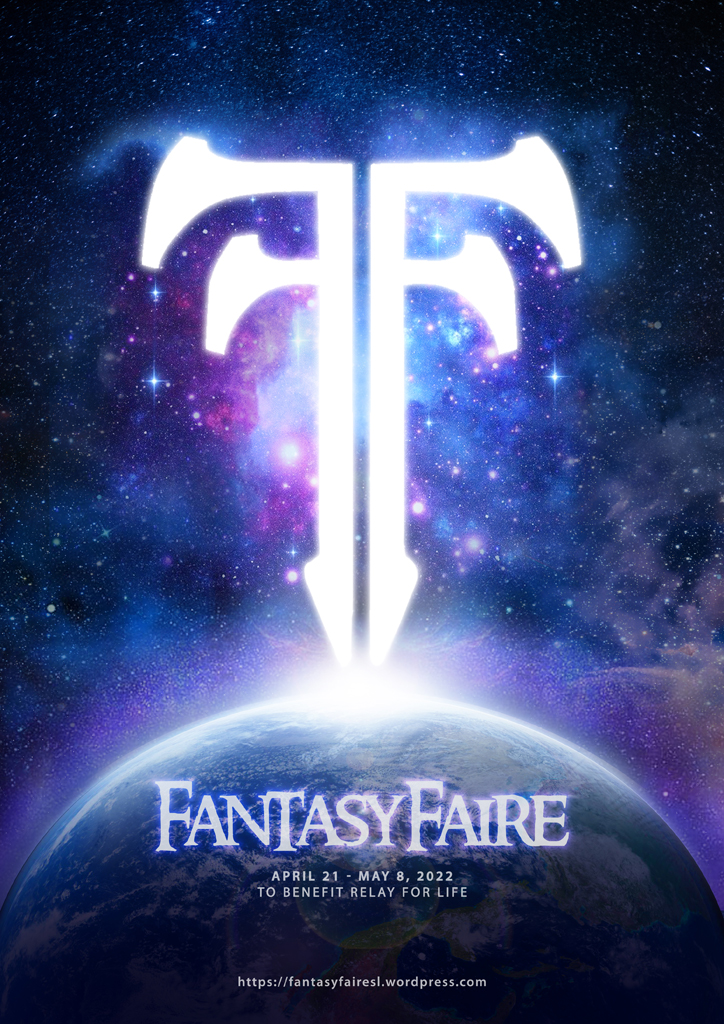 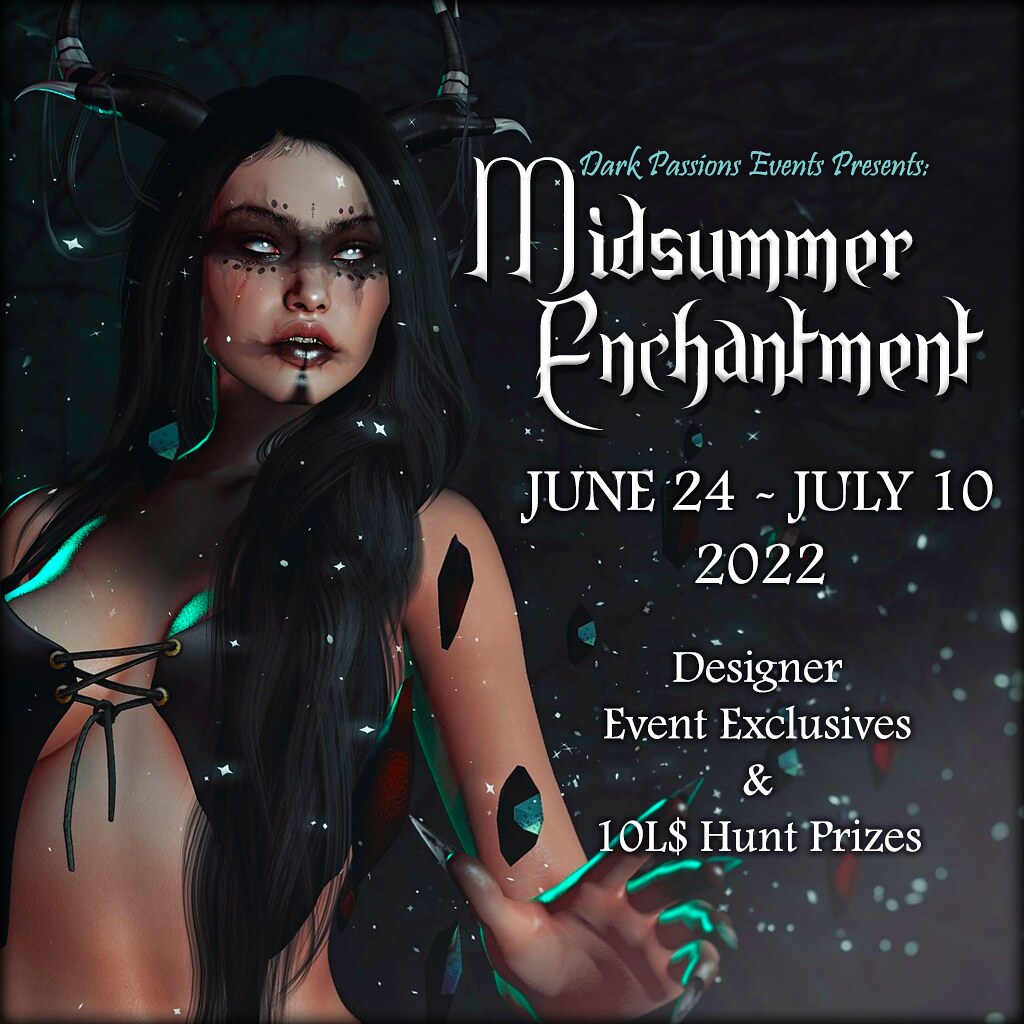