I’d been working a security job for one of those Realms where everybody belongs to some secret club or another and most of them are vampires or other unsavoury folks, and they all trade on whether or not other people know who they are. So tiring, these places are. Give me a good old demon dance club any day of the week: at least there I’m working as a bouncer and unlikely to be asked to offer my blood in exchange for sexual favours I actually don’t want in the first place. The world is full of pervs; did you know that? Yeah; you probably did. Oddly enough, despite my appearance, I tend to forget it.

Anyway. The job finished and I was trying to figure out what my next move should be; I was having trouble getting my fixer on the phone. So I just said, “Fuck it”, checked out of my hotel (which is a kind word for where I was staying), and gathered all my shit into my rucksack, which is actually a backpack but I don’t want to sound like a hipster. I went to walk to the train station, and for the first time since that godawful world-hopping experience that landed me in the Realm of the Fae Bitch Queen From Seelie Hell, I went all dizzy, turned a corner so nobody would see me sink down onto the pavement to be sick, and ended up here:

No shit, man. There I was, in the middle of a deep forest, and I mean like rainforest deep forest, with the biggest trees I’ve ever seen. I dumped my backpack on the ground and dug it in to a hiding place (which I hope to gods I can find later), then took a few minutes to get my bearings.

As you can see, I was glamoured to the gills for this job, since it was in a world where Svart are not welcome, despite the fact I was working for fucking vampires. Seriously fucked, that place. No dark elves, bloodsucking predators welcome. In any case, I took a long few minutes, once I’d washed my hands in the nearby pond, to get some idea of where I might be. The place seemed so peaceful, though all forests hold their secrets. And, bonus, my mobile seems to work here, so I can grab my next job and possibly get a little camping and hunting in, depending on what I find out after I’ve explored a little more.

In fact, I felt so comfortable in the place, I started thinking.

In fact, I felt so comfortable in this place, I started thinking. What could it really hurt to ease the glamour? I mean, as magic goes, glamour is pretty easy, but it does require some constant concentration that’ll tire a girl out if she has other things on her mind, such as not being eaten by vampires.

By the time I’d followed the stream that fed the pond to its source, I felt like my old self again, and in fact it was a little like the place was giving me some power, some energy.

My glamour was gone entirely by the time I reached the shore.

My glamour was gone entirely by the time I reached the shore. I stared across a narrow channel to what looked to be a quiet, peaceful town. And it felt—feels—safe. It feels like a Haven. In fact, it felt so safe that I began to wonder if this wasn’t one of those actual havens for beings like me. You know. We’ve all heard of them.

They’re stories we tell each other, around campfires, in the dark, whatever. If our kind have any mythology, it’s this:

Somewhere out there, there’s a world, a place, a piece of a world, where we can live together and be safe.

Was this that world, I wondered?

Was this that world, I wondered? That place apart from other places? Haven? Safe home? The World’s End?

And if it’s true… what does that mean for me?

OOC Fashion Blogger Babble: The Amazing Catwoman is wearing the brand new and long-awaited mesh head from  LAQ, Trinity. I first tried this head on Gwyneth, but then realised she was destined to be for TAC. Trinity is a gorgeous head, designed by Mallory Cowen, with scripting by Liz Venenbaum and tech support from Winter DiPrima. Other bloggers have done reviews of the HUD, talked about this and that, discussed the size of the eyes, the usefulness of the included skins, etc., but in my opinion the best thing about this head is that it’s natively compatible with the Omega System, which means that any applier in your inventory that comes with an Omega head applier will work on this head! Obviously, I tried a couple of my favourite skins in the world first! The Glamoured TAC is wearing 7 Deadly s[K]ins‘ Leslie in Oak, which I’ve blogged before (but on Gwyneth, with another head and in another shade—it looks completely different on the LAQ head, as you’d expect). Complete details of where to get this skin are in the style cards below). The unglamoured TAC is wearing one of The Plastik‘s stunning new skins, Draziele, in shade Aeshma. I was so impressed by the way the Trinity head looks in both these skins! I think The Amazing Catwoman will be wearing this head for a long time to come.

I also wanted to showcase some great poses I discovered at Frolic! Frolic is a new pose store, and they’re mostly making static poses for fantasy (as in elves and wizards and druids and faeries, not sexy time!) photography. I discovered them because someone associated with their store faved some photos on my Flickr feed and I went to check them out, as you do, and found out that not only are they a pose store, but also they’re running a photo contest for photography featuring Frolic poses. I might just give that a go!

Spiffy photos taken with the indispensible aid of my LumiPro. I never get The Amazing Catwoman into even more trouble without it!

One thought on “Summer Forest” 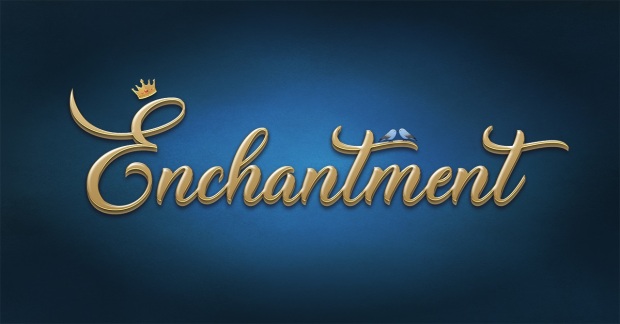