I can’t seem to resist them. This one is sponsored by Death Row Designs, the geniuses who made my beautiful Last Hope statue, and the creative minds behind some of the gorgeous Fantasy Faire sims I’ve loved over the years, including this year’s masterful Dangarnon and the 2015 piece of gorgeousness that was Andolys. From whimsy to post-apocalyptic fantasy, their designs never fail to captivate and inspire me. So, when I heard they were sponsoring a photo contest, I decided to put my best foot forward, and that’s why this blog was so quiet for nearly a week there: I was busy putting the following three photographs together.

Deep in the Woods….

Deep in the Woods. This faerie is none to happy to be caught on camera. Those eyes! They say the deeper into the mythical forest one goes, the more primal the denizens become. We hope we haven’t angered her.

You guys know I can’t resist making everything into a story. So it was important to me that each photograph have a story attached to it. One of my favourite books of all time is Robert Holdstock’s Mythago Wood. If you haven’t read it, you probably should. It’s a book about a forest inhabited by all manner of mythical creatures. Anyway, the farther one ventures into the forest, the more primitive the “mythagos” become, until you end up with pure archetypes somewhere in the deepest part of the forest. I envisioned this faerie as one possibly on the very edge of that deepest place. The backdrop of this photo is from a DRD gacha, a forest backdrop that I was really happy to play with. The model is wearing another DRD gacha, the Fairy Outfit, in Pink, although you can barely see the top. I chose this colour because I wanted the wings to pop both against the background and the stunning DRD Darkforest Horns.

When we noticed a disturbance in an otherwise calm sea just off the coast of White Owl Island, we began filming and were rewarded with the emergence of this exquisite but terrifying creature. What might she be doing here? Well, we don’t ask questions on White Owl. She rose, hovered for a moment as if waiting for the seat to calm, then flew into the forest.

This being started out as a fallen angel concept, but once I got the headdress and the wings on her, I knew she had to be a goddess rising from the depths. Argrace does such a good job with wet-look hair, and I was dying to photograph this new one, so I used that here as well. The headdress is the central feature of the photograph, and I chose the “faded” version because it provided some visual contrast between the mostly cool feeling of the rest of the photo. She’s also wearing Lumiya Rae’s gorgeous new Isciira imagining of the Eirtae skin, which I love. The DRD Devine Wings have long been a favourite of mine, and they just seemed perfect in this photograph, with they veins crossing them like lightning. I guess I sort of channeled David Attenborough for the text here: I was thinking of being an observer and “spotter” of Fae folk and other paranormal beings, and that informed the text for the next photograph as well.

Does this dragon bear a message, or are we just witnessing a visit from a friend? Either way, this Sidhe lady was so enthralled by her visitor we were able to photograph her without her even knowing. We think.

I think of all the photographs, this is the one with which I’m most pleased. It took a long time to get the windlight just right so that her body seemed dappled with sunlight. The LumiPro let me adjust the lighting precisely, so that the body lights, while not 100% natural looking, still managed to approximate the sunlight. DRD’s gorgeous Ravishing Roses outfit was completely inspiring to me, as my primary role-play character is of course the Queen of the Faeries, and Fae Queens are associated with roses in balladry and folklore. The little dragon, also a DRD creation (a gacha from a past Fantasy Gacha Carnival, I think), was actually an afterthought: I needed her to be doing something, holding something, and he seemed the perfect complement. The Ayashi hair (and doesn’t Ayashi have amazing silver textures?) completes the look of her as an ethereal Sidhe, relaxing in the morning light. A combination of the Catwa head’s animations and the absolute control the LumiPro gives me over the model’s eyes created her rapt expression, and don’t those Soul Sidhe eyes just pop? They’re my absolute favourite eyes at the moment, partially because they are *ahem*ing gorgeous, and partially because they’re Omega eye appliers, which means I don’t have to adjust mesh eyes every time I change her eye colour! Yay! Soul makes a great variety of eyes, most of which come as Omega appliers, and as I’ve said before, I hope more designers get into making Omega appliers for eyes, because they’re so easy to use. The background of the photo is a combination of DRD’s Pergola Set and their Boho furniture, both of which were (and are, in the case of the Boho set) featured at Shiny Shabby. This was shot inside an Image Photography Meshudio, mostly so I could texture a backdrop that went seamlessly around three sides of a square. Thanks are due to my friend Ben Bold, who taught me a few things about Photoshop I didn’t know when some details of this image presented a problem.

I should tell yo more about the Death Row Designs photo contest: the rules are outlined in this Flickr post, and the deadline isn’t until 10 August, so you still have time to enter if you want to.

I’ve enjoyed putting together the entries for this contest, and I think they represent my best work. I might even have stretched myself a little. So thanks also to DRD for sponsoring a contest that I’ve really enjoyed preparing for. And now comes the hard bit: I just have to sit back and wait.

Thanks for reading, if you’ve reached the end of this post, which is mostly a photography geek. I don’t say it often enough, but I appreciate everybody who reads this blog, and I hope you may find some inspiration from it, as it is after all an expression of how the creative powerhouses that are SL’s content creators inspire me.

Spiffy photos taken with the indispensible aid of my LumiPro. I never go anywhere in SL without it. And that’s the beauty of it: you can take it anywhere. 🙂 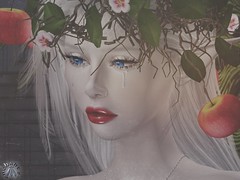 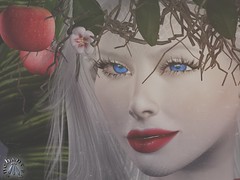