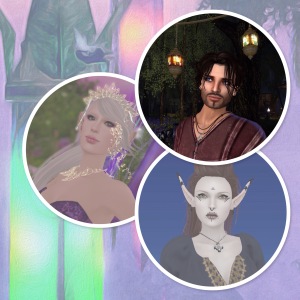 We heard of a vineyard looking for hands, so we travelled west, to the island of Checkmate. We arrived to a morning rainstorm.

We arrived to a morning rainstorm, and took our time exploring the island before searching out the vineyard owner and seeing what work he might need from we realm-hoppers. The boys were on me all morning about the length of my hair: Dyisi’s magic has given me more than my colour back, and my hair seems to be growing inches every day. I have to keep it braided or pulled back, or it gets everywhere. The boys discovered this folly on one end of the island, high above everything else.

The boys discovered this folly on one end of the island, high above everything else. It wasn’t in poor repair and in fact looked like someone had been there recently: there were candles lit in the windows and the divan inside looked as if someone might have slept in it the night before. “We could sleep here Uncle,” one of the little ones said. I reminded him that we have cosy vardos and that we’d need to check the horses before we went much further, but then we took a walk a little further on. Once the sky cleared, I thought I’d give the boys a little lesson in perspective.

Once the sky cleared, I thought I’d give the boys a little lesson in perspective. There were crows wheeling about everywhere: the creatures seem to follow me. “So,” I asked them. “Am I taller than this lighthouse?”

“No, Uncle,” said one of the big ones; I think he’s called Michael, but I forget these things. They’re just the boys. “The lighthouse is far away, and you only look bigger than it is.”

“Now, why is that?” I asked, and we had a lively discussion of how things could be the size of your thumb when you’re miles away but dwarf you when you got up close. Then, of course, we checked the horses and saw to the wagons.

Then, of course, we checked the horses and saw to the wagons. The morning was beginning to wear, so I wanted to get in touch with the vineyard owner, who was sure to know that there were travelling folk on his land already. He turned out to be an all right fellow, and his wife offered us tea, which we accepted.

He turned out to be an all right fellow, and his wife offered us tea, which we accepted. We found vines in need of a little tender loving care. The vineyard owner looked us over in the way they do, sniffed, said, “Well, you’ll do! I can use you for a week or so.” This life, you’ve got to be glad of what work you can get, but by the time the sun was higher in the sky, the day began to grow hazy, the way a day does after a morning rain. I figured I’d best go back to the vardo and exchange my raincoat and boots for something a little more forgiving of hard work and sweat. I tied my hair up, and when I got back, the boys had already tended a third of the little vineyard.

I tied my hair up, changed my clothes, and when I got back, the boys had already tended a third of the little vineyard. “Good work boys, but you know there’s a bigger one back beyond those trees.” There was groaning: they’d been working full-out in hopes this was the whole of the vineyard. “A man doesn’t plant a whole island with grapes and have only this little space to show for it,” I said. “It’s another lesson in perspective, boys.” More groans. Everything is a lesson, Uncle. Why can’t we go back to Faery, Uncle. How come your hair is so long, Uncle. What does that tattoo mean, Uncle. Shut up and be careful with the pruning shears, boys. Finally we were done for the day, and the boys wanted to go exploring.

Finally we were done for the day, and the boys wanted to go exploring. Again. Our time wasn’t wasted: we found this beautiful little place, again, high up on a hill above everything else, and it looked like someone had taken a posh man’s living room and just arranged it on top of a mountain. Little lanterns hung as if by magic. “Sky’s going pink, boys,” I said. “We’ll have to get home.”

“But Uncle,” they said. “Uncle, there’s a beach! You can see it from here!” I sighed and let them lead me down a ways.

The way to the beach was down the same flight of steep stone steps we’d come up to find this place. It was nice to look out over the vineyard we’d tended that day, think of a good day’s work, and consider the next day as well.

It was nice to look out over the vineyard we’d tended that day, think of a good day’s work, and consider the next day as well. Almost, I could imagine myself the master of such a place. That is, until the urge for going got me. Then, well. The road.

Finally, we reached the beach, and the boys made me tired with all their running about, and that after a hard day’s work from all of them. Oh, to have that kind of energy again. How eight boys who can’t agree on the time of day managed to make a sand castle together is beyond me.

How eight boys who can’t agree on the time of day managed to make a sand castle is beyond me. But there it is, just about to be washed away by the tide. The little ones didn’t even make a fuss about it. “We’ll build another one tomorrow, just like this one,” they said. Of course they will.

Home then, to the vardo and the farmhands coming round for a bit of music and dancing and seeing what it’s like to step and turn with a gypsy lady. And there will be farmer’s daughters and some posh girl who’s a niece of somebody who’ll wander round, but they will come later, after I’ve had my supper and a pint of something and perhaps a wee nap.

Location:
The Vineyard at Checkmate, a sim designed by Amae Moriarty, is a gorgeous place to visit and photograph. We enjoyed continuing our story there, and we hope you’ll go to visit too. Don’t forget to give at least a little donation if you stay a while: places like this need to stay up and running so we have beautiful spaces to visit in Second Life for a long time to come. 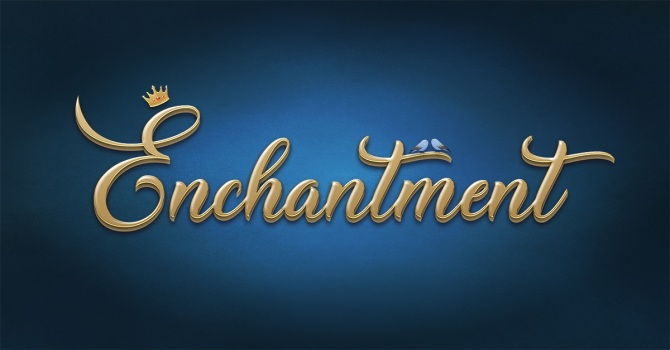 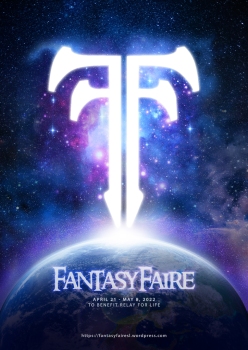 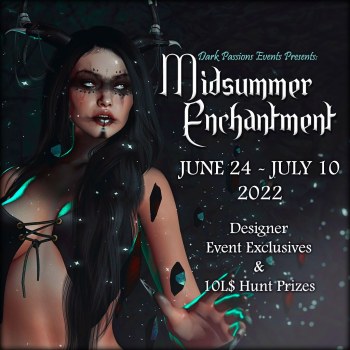