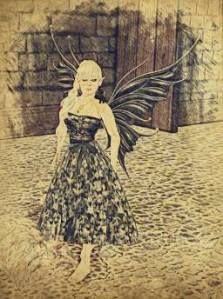 I hadn’t glamoured wings in a while, but they felt appropriate for this.

I really loved glamouring wings. I don’t do it very much any more: none of the other sidhe women do it, and of course they mostly look at me funny anyway, so I don’t do it any more. When we finally had the available time and people and an open portal to Cristof’s castle for Paasheeluu’s funeral, I glamoured wings. It just felt right. Nice, black wings.

In fact, we all turned out nice, I think. Of course, Cristof always looks like that, except when he looks like a gangsta.

Then, we all trooped up to Cristof’s with Paasheeluu’s oddly well preserved body, to begin the funeral rite and the body disposal by fire. Cristof made some noises about how long it had taken us to get there, and OK, yeah; it took us a while. But we had sithens falling, demons rising, bizarre hands sticking out of the earth (with stuff attached), stuff like that. Anyway, time passes differently, so I don’t know how he knew to chastise us, but he did.

Once he was done chastising us, we put Paasheeluu’s oddly well preserved body on the fire.

Cristof’s men know how to throw a good pyre, that’s for sure. When it was lit, though, strange things began to happen. There were winds, and songs that sounded like they were in Paasheeluu’s native language. And then suddenly, there was a goddess. I was overwhelmed. I didn’t know what to say. Only Aoibheann had the guts to step forward and speak, after which Nathaniel and I both identified ourselves as Hiinaa Paasheeluu. The goddess asked us each what Paasheeluu had done for us. Aoibheann spoke of her adoption and of Paash being her mother. Nathaniel spoke of how she taught him to protect his friends and family. “These are my Hiinaa,” he said, “and I will honour Paasheeluu by standing up for them, protecting them, as she did for us, no matter what the cost to herself.” The goddess asked for some words from Cristof, who spoke of the difficult magic she had worked to keep his castle secure after a raid and the building of the portal itself.

There was a silence, and the goddess turned to speak to another goddess. Finally, they said, judgment had been rendered. We waited, unsure of what was going to happen.

I know I should not say this about a vastly powerful sorceress, but omg CUTE!

And then, Paasheeluu returned, but as a foal! A tiny little foal! Now, I know I should not say this about a vastly powerful sorceress who is goddess knows how old, but OMG CUTE! I nearly died of cute, she was so cute. It is rude to say this, but it took the edge of the miracle — that Paasheeluu was standing before us, alive and young and bursting with energy — the cuteness. OMG. I have to sketch her again. Later, the miracle sank in. But just then was the OMG.

O Paasheeluu, I know you would not want to know how adorable you look right now. BUT OMG CUTE. 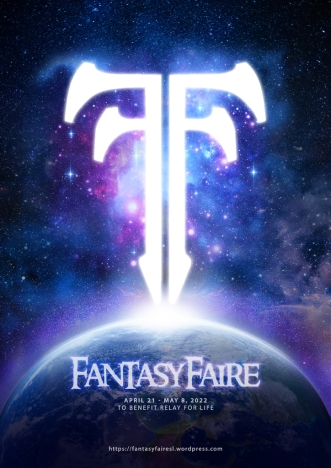